Who is God…to me?

Nehemiah 9:15-25 speaks of God providing for His people’s physical, spiritual, and emotional needs. Now, for every authentic provision God has for us satan always has a counterfeit.

In the physical realm satan offers extremes as deserving, junk dressed up as quality, perversions cloaked as freedoms, and distractions conveyed as worthy causes.

But all these activities provide in the end are an emptiness greater than we had before.

Isaiah 55 says, “Why spend money on what is not bread, and your labor on what does not satisfy?”

Only Jesus satisfies completely all of our physical needs.

In the spiritual realm the world offers many counterfeit things, but only the Holy Spirit is the authentic spirit of Christ. In Him we can be assured of trustworthy and true guidance for all of life’s decisions.

In the emotional realm the world offers parties and celebrations on a continual basis. The world is one big party!

But the Church has a real reason to celebrate! It’s time for us to revel, delight, rejoice, thrive, PARTY for the cause of Christ! Partying by its very nature is not done quietly in a corner, but loudly for the world to see!

God’s greatest provision for us goes beyond our life here on earth, though. He has provided for us eternal life in Heaven with Him!

God is our Jehovah Jireh, our Provider. In Christ we will truly find all we need to satisfy every area of our lives here on earth and for all of eternity!

This past week we looked at the part of the prayer in Nehemiah 9:13 that talks about how God gave His people His commands, laws, and regulations that were “good and just and right”.

There were three things God showed us from that verse and 2 Timothy 3:16 that helped us see why His Word is something upon which we can depend. I’d like to share with you the third one in this Faith Notes. If you’d like to hear the entire podcast, click on the link below and go to the “media” tab. You can also download our App on your smart phone by going to your App Store and searching “connect at faith” and stay on top of all the events and activities of Faith Assembly.

The third reason we can depend upon God’s Word is the EFFECT.

2 Timothy 3:16 says,, “All Scripture is God-breathed and is useful for teaching, rebuking, correcting and training in righteousness.”

What does all of this teaching and rebuking and correcting and training produce?

What is righteousness? Defined, it means the state of moral perfection that God requires in order for us to see Him.

So, based on that definition, how many are in our own strength and ability righteous?

Just as I thought. None of us.

Well, if that’s the case we are all in a big heap of trouble. None of us will ever get to see God! But wait! There’s a solution!

The Bible says Jesus took our unrighteousness and became sin for us that we might become His righteousness. How can that be? Because Jesus was, and is, perfect, sinless, “morally pure”. He is righteous.

2 Corinthians 5:21, “God made Him who had no sin (was morally pure/righteous) to be sin for us, so that in Him we might become the righteousness of God.”

Coming back to our verse in 2 Timothy, the result of God’s Word teaching us, rebuking us, correcting us, and training us, is that we might be more like Christ.

Embracing God’s Word as true and infallible, and allowing it to work in us, challenges the flesh, calls out the rebellion, and confronts the “go for it!” attitude in our heart.

God’s Word demands a response. It doesn’t beat around the bush. It isn’t watered down. It’s not vague. It’s clear, it precise (cuts like a knife to the none and marrow), and it calls us to a higher place than where any of us are today, no matter how far along and advanced you may think you are in your journey.

God’s Word constantly says to us in no uncertain terms, “Choose you this day who you will serve.”

The people in Nehemiah’s day reflected with gratitude on God’s giving His Word to them. We must do the same by allowing His Word to transform our lives into the image of Christ.

But only if we allow It to.

That’s what we’ve been asking the last couple of weeks. And the answer isn’t, “He created everything”, or “He’s omnipotent” or any other such general, overarching descriptive, as true as those statements may be.

What we want to know is, “Who is God…to me?” What is it of this wonderful and awesome Creator & Being that I can grab hold of and make personal to my life, my situations, my destiny? Who is God…to me?

As we look at Nehemiah, we come to verse 12 of Chapter 9 and read the part of the prayer where the people reflected on God’s showing up in a grand, yet very personal way. It says, “By day You led them with a pillar of cloud, and by night with a pillar of fire to give them light on the way they were to take.”

There are 4 very personal things we can take from this and apply to our lives in answering “Who is God…to me?”

I’d like to share with you just the first one in this Faith Notes, and that is “He is the God who guides us”.

Psalm 37:23-24 says, “The Lord makes firm the steps of the one who delights in Him. Though he may stumble, he will not fall, for the Lord upholds him with His hand.”

Listen to this excerpt from a book called, “Silent Giants” –
“Two days after arriving, I departed St. John’s. A low overcast covered the city. As I climbed through the clouds, the ground and sky dissolved into a white glow. All sense of motion, of up and down, were lost. My senses told me I am suspended in an immense milk bottle.

My world shrinks to the single square foot of the control panel as I fly by instruments. The artificial horizon confirms my wings are level. The airspeed indicator is steady at 100 miles per hour. The altimeter shows I have reached 1,000 feet and am climbing. Good.

I pay particularly close attention to the artificial horizon in the middle of the panel. Inside, a tiny gyroscope spins four hundred revolutions a second. Just as a child’s toy gyroscope returns to its original position when nudged, the gyroscope inside this instrument never moves regardless of what the plane around it does. Attached to the gyroscope is the instrument’s face, a symbolic representation of the invisible horizon outside the windows.

As I start a climbing turn to the left, the instrument horizon falls away and drops to the right, just as the real horizon is doing somewhere outside. This tiny instrument has given me a three-inch window into the world outside the clouds.

As I level the wings, my body says the gyroscope is wrong. That it has somehow malfunctioned. I am not level, I am diving to the right. The physical sensation is almost overwhelming. But I believe the instrument, which says all is well. This is vertigo and almost every pilot experiences it at some time.

No pilot can fly by the “seat of the pants” in clouds. Here, your normal senses of feel and balance are useless—and deadly—if believed. You must fly the instruments, not what you feel.”

Our emotional and mental vertigo will tell us that we need to make a correction, adjust course, surely the gyroscope of God’s Word, which never changes and is never impacted by outside circumstances, is off somehow.

But even when things don’t make sense, even when it doesn’t feel right, even when all around us seems like a giant white milk bottle and we’re right in the middle of it, we must rely on the instrument of God’s Word, on the gauge of the Holy Spirit telling us to hold steady, that all is well. Instead of flying by the seat of our pants and taking matters into our own hands which leads to a deadly outcome, we put our faith in God who will lead us along the path of life He has for us, without fail, and with pinpoint accuracy.

We must “fly the instruments”.

If you’d like to hear the rest of this message entitled “The Pillar”, click on the link below and go to the media tab. There you’ll find This and all the messages from Faith by which to be strengthened.

Have a blessed week in Christ and remember to “fly the instruments”. His Word will never fail to guide you with pinpoint accuracy all the days of your life.

I want to share with you an excerpt from this past Sunday’s message, “Who Is God?” We’re looking at the prayer the Isrealites prayed to God in Nehemiah Chapter 9, the longest recorded prayer in the Bible, as they reflect on the nature and character of God. There is an ebb and flow to the history recorded in this prayer. It documents God’s steady and continual faithfulness in spite of the people’s vacillating commitment to God.

As part of my message, I made the following suggestion that I’d like to pass on to you –

Suddenly, our struggles take on a different light, don’t they? Think about it. They go from being a victim who is absorbed in self pity and can’t see the forest for the trees to being someone who sees the spiritual significance in things, where we can grow and learn and mature and be victorious and be more like Christ and through our struggles die more to the flesh and live more in the Spirit.

So don’t ask “why”, but “what”. It’ll change everything in how you look at struggles. And be ready to be blown away by the perspective shift it brings when the Holy Spirit reveals the powerful truths He’ll reveal.”

If you’d like to hear the entirety of this message, click on the link below. The podcast can be quickly and easily downloaded. Or, go to your App Store and search for “Connect At Faith”. You’ll see our Faith logo. Download the App and stay connected to all that is going on at Faith, including hearing the podcasts, getting daily encouraging scriptures, and reading past Faith Notes.

Ask this week “what” When facing a struggle. See what happens. 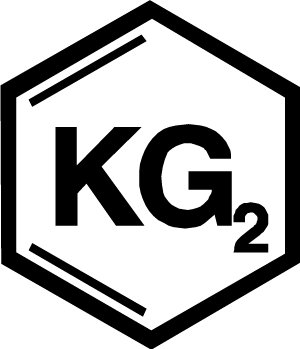